On escaping the June Fire, but wanting more

Thoughts on the ending to Firewatch.

Firewatch came out recently, and it seems a lot of people have been disappointed about the ending. (In updating and editing this a week or so later, it seems people are a bit more content with the ending now. Letting it "sink in" is required to get its full effect, similar to many other narrative-focused games which often cause crucial paradigm shifts even after formal gameplay has ended. However, I still wanted to share my thoughts.)

Firewatch is a game grounded in reality. Players share a connection with Henry—apart from controlling his actions and dialogue, most players, like Henry, have not been fire lookouts, and the Wyoming wilderness is unfamiliar territory. Naturally, Henry's not too physically fit—he's a bit heavy, his running pace is probably slow for most players, and climbing over boulders takes just the right amount of time so that repeatedly doing this gets annoying. The game is also historically accurate—set a year after the Yellowstone fires of 1988, it makes sense that "Turt Reynolds" and "Shelley Duvall" are among the name choices for Henry's found pet turtle. 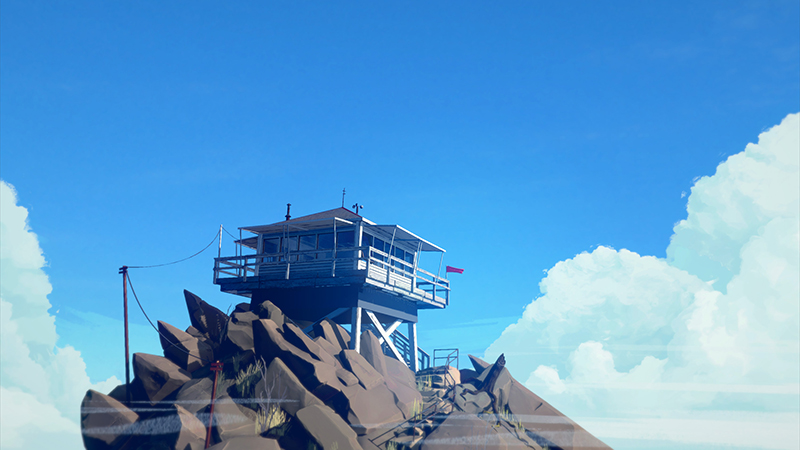 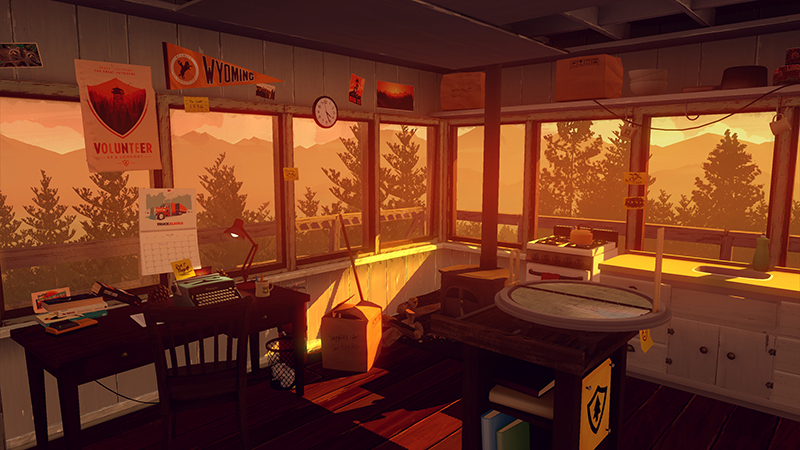 The main complaint I hear regarding the ending is that the game provides little payoff for an immense build-up, a claim which is, for the most part, true. The game's main series of atypical events begins with two drunk teens vandalizing the Two Forks lookout tower and cutting the communications wire. The teens later go missing, with Henry as the last person to have seen them. Hearing a strange signal by the lake, Henry goes to investigate and gets knocked out, only learning after that somebody has been recording his private conversations with Delilah for weeks. We discover written logs of our movements and expensive scientific equipment at a gated-off facility; Delilah spends a whole day coordinating getting a new walkie-talkie to Henry, one that can't be tapped; it's implied we could be blackmailed, and framed for intentionally causing a fire and attempting to burn down the forest. So when it's revealed that everything we've been through is due to Ned—a past lookout with PTSD and with a deceased son for which he feels responsible—it's not all we expected.

Players, like Henry and Delilah, get caught up in the expectation of a "big reveal" of grand conspiracy. We get swept along with theorizing explanations, and our suspicions only grow as we discover beeping equipment, tapped walkie talkies, "missing person" flyers, a gated-off cave, burnt cabins. While these elements build drama and suspense, this "drama" is filtered through the characters' (and our) eyes—characters who came to get away from their old day-to-day lives. So when atypical, even dramatic, events happen, we want it to be something exciting—we chalk it up to something beyond our wildest dreams, something with a rewarding explanation, and we get carried away in the moment. To Henry and Delilah, and to players, the most reasonable explanation at the time isn't that the mysterious scientific equipment is for monitoring elk migrations, but rather for monitoring us—certainly the more exciting and mysterious answer. Firewatch's success comes from making players feel the same emotions as its characters, up until the very end and even after the game/story has ended.

The story of Firewatch is not dramatic—it's about a man named Henry, taking on a new job, running from his life, his problems, his dying wife, to the trees, the unknown, the solitude. It asks the question: are we ever really able to escape if we only run away from our problems or our fears to simply a different sort of unknown? Its ending, more mundane than extraordinary, surely could have been more dramatic, and may have even been better in the moment (in some immediate sense) in doing so. However, stepping back and reflecting on the experience as a whole—maybe after days or weeks, after one or two more times through, for some—we realize that the game and story ultimately are, and need to be, rooted in reality.

Was Delilah lying all along, or was she in on a plan with Ned? Well, that's the real mystery of Firewatch. 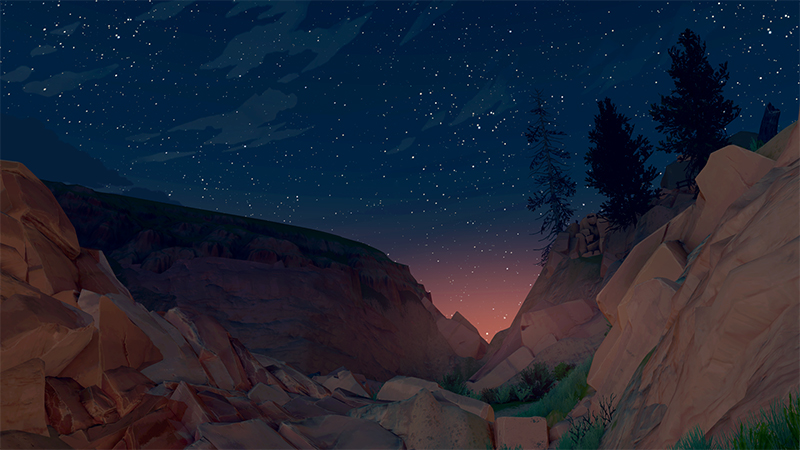